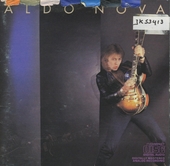 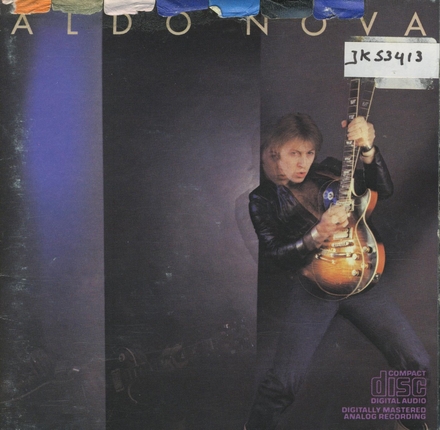 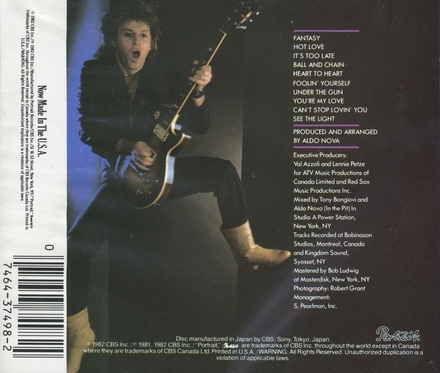 Aldo Nova (born Aldo Caporuscio on November 13, 1956) is a Canadian guitarist, keyboardist, vocalist, songwriter, and producer. Nova initially gained fame with his self-titled debut album Aldo Nova in 1982 which climbed to Billboard's number 8 position, and its accompanying single, "Fantasy", which climbed to number 23 on the Billboard Hot 100.

Signing with Portrait Records, Nova released a self-produced album Aldo Nova in 1982 that had two singles: "Fantasy" and "Foolin' Yourself". His second album Subject...Aldo Nova from 1983 had two singles: "Monkey on Your Back" and "Always Be Mine". His third album Twitch from 1985 had two singles: "Rumours of You" and "Tonite (Lift Me Up)".

Nova was displeased with the album and the record company's insistence on making a more commercial album. After…Read more on Wikipedia

Work of Aldo Nova in the library 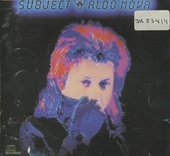 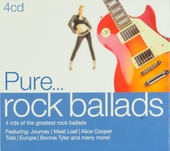