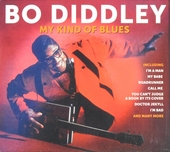 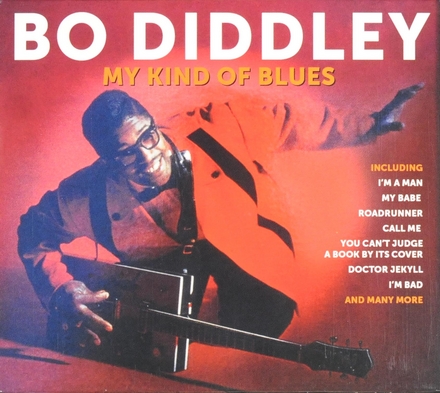 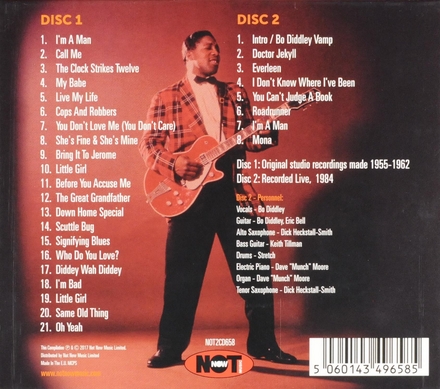 Title
My kind of blues

Ellas McDaniel (born Ellas Otha Bates; December 30, 1928 – June 2, 2008), known as Bo Diddley, was an American singer, guitarist, songwriter and music producer who played a key role in the transition from the blues to rock and roll. He influenced many artists, including Buddy Holly, Elvis Presley, the Beatles, the Rolling Stones, the Animals, and the Clash.

His use of African rhythms and a signature beat, a simple five-accent hambone rhythm, is a cornerstone of hip hop, rock, and pop music. In recognition of his achievements, he was inducted into the Rock and Roll Hall of Fame in 1987, the Blues Hall of Fame in 2003, and the Rhythm and Blues Music Hall of Fame in 2017. He received a Lifetime Achievement Award from the Rhythm and Blues Foundation and the Grammy Lifetime Achievement Award. Diddley is also recognized for his technical innovations, including his distinctive rectangular guitar, with its unique booming, resonant, s…Read more on Wikipedia

Work of Bo Diddley in the library 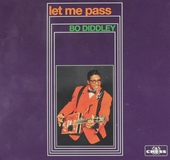 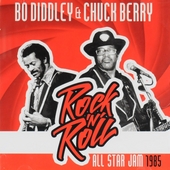 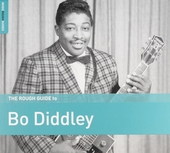 The Rough Guide to Bo Diddley 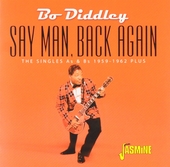 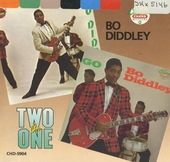 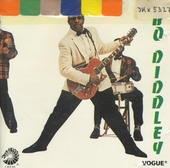 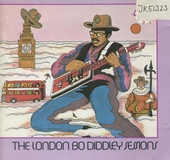 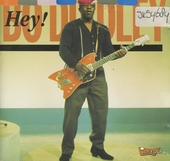 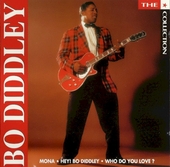 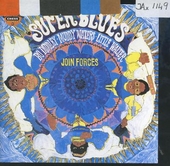 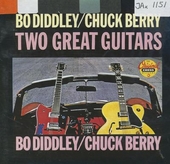 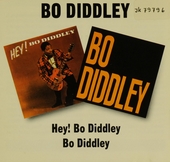 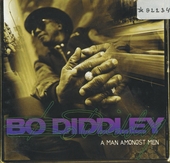 A man amongst men 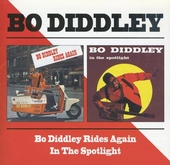 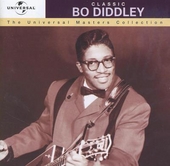 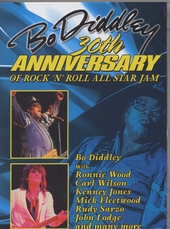 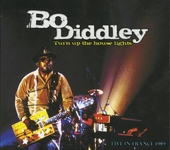