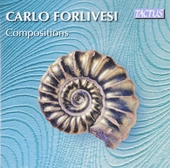 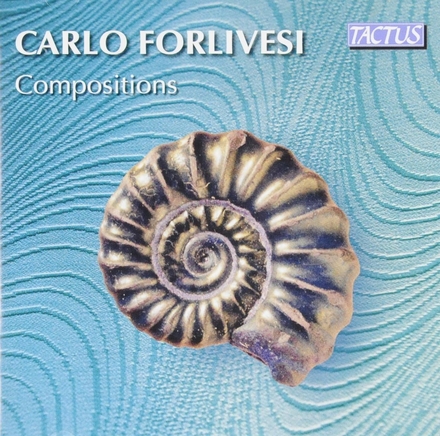 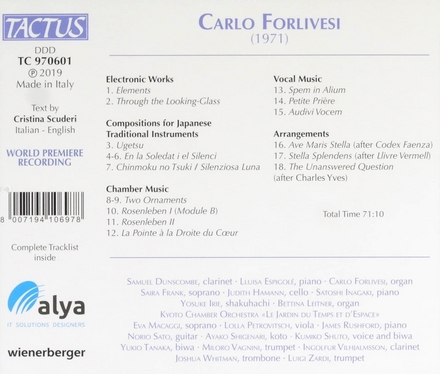 Forlivesi was born in Faenza, Emilia-Romagna. He studied at Bologna Conservatory, Milan Conservatory and the Accademia Nazionale di Santa Cecilia of Rome. He then joined IRCAM (Institute de Recherche et Coordination Acoustique/Musique) and subsequently DIEM (Danish Institute of Electroacoustic Music), Tokyo College of Music, and Northwestern University, with fellowships from the governments of Italy, Denmark, Japan, and the United States (Fulbright Commission).

His activity has mainly focused on new music in Europe, the United States, and Japan. Forlivesi has conducted extensive research in the field of traditional Japanese music and dance including the ethnic music of the Ainu. Beside contemporary music, he cultivates a particular interest in early music, which he studied and performed for several years.

Work of Carlo Forlivesi in the library