Christine Tobin (born 7 January 1963, Dublin, Ireland) is an Irish vocalist and composer from Dublin who has been part of the London jazz and improvising scene since the second half of the 1980s. She has been influenced by a diverse range of singers and writers including Betty Carter, Bessie Smith, Leonard Cohen, Olivier Messiaen, Miles Davis and poets William Butler Yeats, Paul Muldoon and Eva Salzman.

Tobin began singing in her early 20s. She discovered jazz through hearing the Joni Mitchell album Mingus, which led her to purchase the Charles Mingus album Mingus Ah Um and then other jazz albums. She moved to London in 1987 and sang in a band with Jean Toussaint, Jason Rebello, Alec Dankworth, and Mark Taylor before studying jazz at the Guildhall School of Music in 1988 and 1989. While at Guildhall, she formed a band with pianist Simon Purcell, double bassist Steve Watts, and dru…Read more on Wikipedia

Work of Christine Tobin in the library 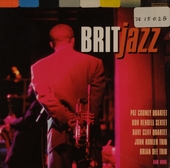 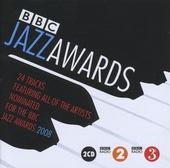