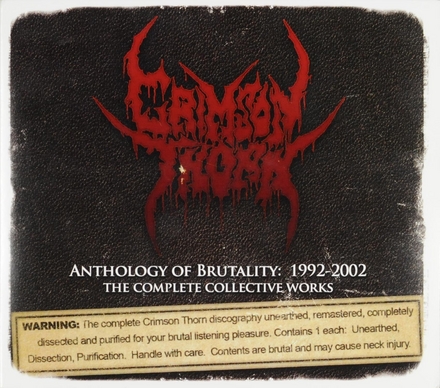 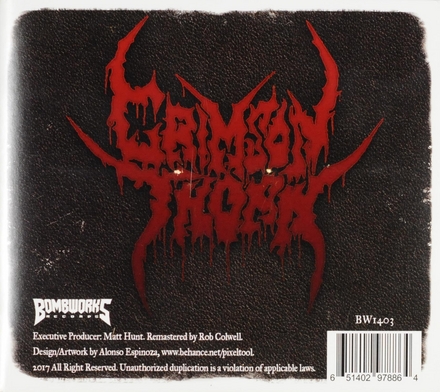 Crimson Thorn is an American Christian death metal band. According to Allmusic, they are "surely one of the world's most extreme-sounding Christian metal bands". Crimson Thorn has performed at Cornerstone Festival and Sonshine Festival. They have also been featured in HM Magazine.

The band was founded in 1991 by members Luke Renno, Dave Quast, Dylan Paul Jenniges, Paul Jongeward and Miles Sunde. They were almost ready to record their first demo when Dylan left, and Luke took his place on the bass. Their demo was entitled Plagued, and was recorded in 1992 at Blue Moon Studios in Minneapolis.

After Quast left, Kevin Sundberg joined as the new drummer, and their style changed to death metal and grindcore. Crimson Thorn was signed to Atomic Records and released their first full length CD, Unearthed, in 1994. Later, R.E.X. Records re-released Unearthed. Paul Jongeward left the band, and was replaced w…Read more on Wikipedia

Work of Crimson Thorn in the library