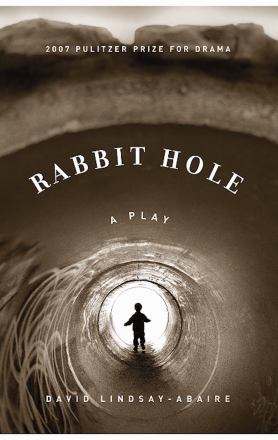 David Lindsay-Abaire (born November 14, 1969) is an American playwright, lyricist and screenwriter. He received the Pulitzer Prize for Drama in 2007 for his play Rabbit Hole, which also earned several Tony Award nominations.

David Lindsay-Abaire was born David Abaire in Boston, Massachusetts and grew up in South Boston. He attended Milton Academy and concentrated in theatre at Sarah Lawrence College, from which he graduated in 1992. He was accepted into the Lila Acheson Wallace American Playwrights Program at the Juilliard School, where he wrote under the tutelage of playwrights Marsha Norman and Christopher Durang from 1996 to 1998.

Lindsay-Abaire had his first theatrical success with Fuddy Meers, which was workshopped as part of the National Playwrights Conference at the Eugene O'Neill Theatre Center in 1998 under Artis…Read more on Wikipedia

Work of David Lindsay-Abaire in the library