Essence Uhura Atkins (born February 7, 1972) is an American actress. She began her career appearing on television sitcoms, before her regular role on the short-lived first African-American prime-time drama Under One Roof (CBS, 1995).

Atkins began her career as a teenager guest starring on NBC sitcom The Cosby Show in 1986. The following years s…Read more on Wikipedia

Work of Essence Atkins in the library 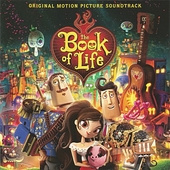