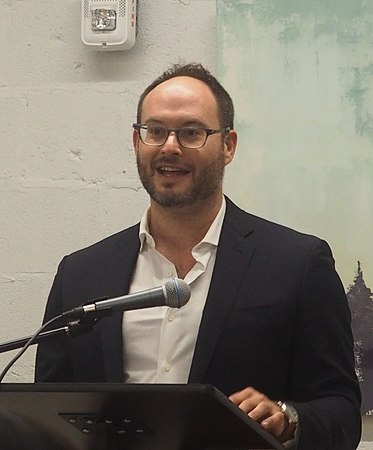 Franklin Foer (; born July 20, 1974) is a staff writer at The Atlantic and former editor of The New Republic, commentating on contemporary issues from a liberal perspective.

Foer was born in 1974 to a Jewish family. He is the son of Albert Foer, a lawyer, and Esther Safran Foer. He is the elder brother of novelist Jonathan Safran Foer as well as freelance journalist Joshua Foer. He graduated from Columbia University in 1996 and lives in Washington, D.C..

Foer has written for Slate and New York magazine. He served as editor of American magazine The New Republic from 2006 until 2010, when he resigned—by his subsequent account, because of exhaustion over an interminable search for a patron who could save the magazine. He then became editor again in 2012, recruited by new patron Chris Hughes. His book How Soccer Explai…Read more on Wikipedia

Work of Franklin Foer in the library