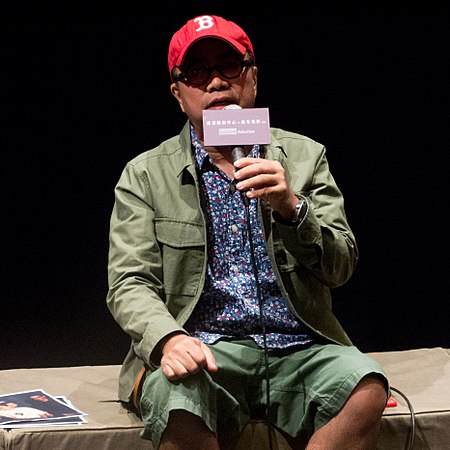 Fruit Chan Gor (Chinese: 陳果; born 15 April 1959) is a Hong Kong Second Wave filmmaker who is best known for his style of film reflecting the everyday life of Hong Kong people. He is well known for using amateur actors (such as Sam Lee in Made in Hong Kong, Wong Yau-Nam in Hollywood Hong Kong) in his films. He became a household name after the success of the 1997 film Made in Hong Kong, which earned many local and international awards.

Chan was born in Guangdong, China. Growing up, he watched a lot of films from Communist countries.

He and his family moved to Hong Kong in July 1971. His family was poor and Chan worked in an electronics factory while finishing Forms 1 to 3 at night school. He later got a job as a projectionist in Jordan, Hong Kong, whe…Read more on Wikipedia

Work of Fruit Chan in the library