George Gruhn is a writer, businessman and ophiophilist. He is an expert on vintage American guitars and related instruments. He opened Gruhn Guitars in Nashville, Tennessee, in 1970 and has sold guitars to musicians such as Eric Clapton, Brad Paisley, Lyle Lovett, Emmylou Harris, Billy Gibbons, Rick Nielsen, Vince Gill, John Hiatt, and Hank Williams, Jr. Vintage Guitar magazine described his store as a "landmark," and a mecca "for fans of collectible electric and acoustic guitars." He is also the author of several books on the subject.

Gruhn has written articles for The Music Trades magazine and other periodicals. He has also published instrument guides with Walter Carter.

Work of George Gruhn in the library 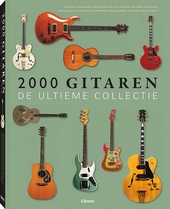