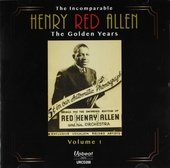 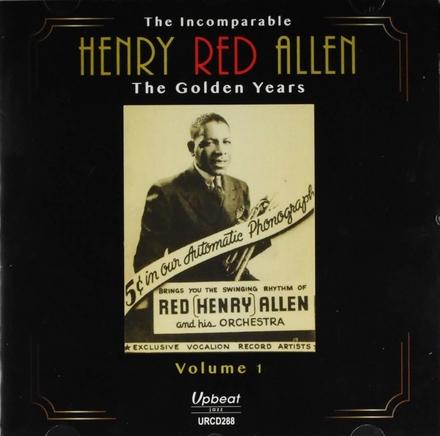 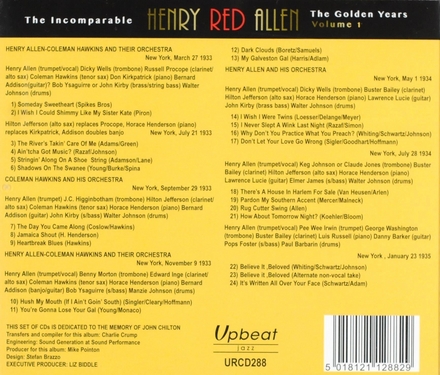 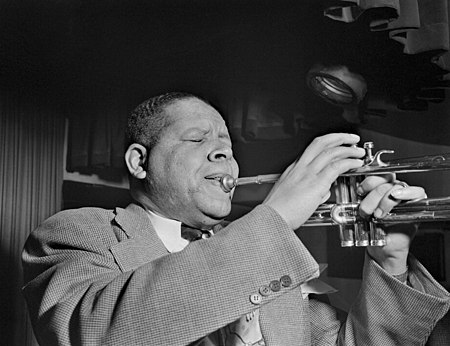 Henry James "Red" Allen (January 7, 1908 – April 17, 1967) was an American jazz trumpeter and vocalist whose style has been claimed to be the first to fully incorporate the innovations of Louis Armstrong.

Allen was born in the Algiers neighborhood of New Orleans, Louisiana, the son of the bandleader Henry Allen. He took early trumpet lessons from Peter Bocage and Manuel Manetta.

Allen's career began in Sidney Desvigne's Southern Syncopators. He was playing professionally by 1924 with the Excelsior Brass Band and the jazz dance bands of Sam Morgan, George Lewis and John Casimir. After playing on riverboats on the Mississippi River, he went to Chicago in 1927 to join King Oliver's band. Around this time he made recordings on the side in the band of Clarence Williams. After returning briefly to New Orleans, where he worked with the bands of Fate Marable and Fats Pichon, he w…Read more on Wikipedia

Work of Henry "Red" Allen in the library