The book of Aron

The book of Aron

Title
The book of Aron

Jim Shepard (born 1956) is an American novelist and short story writer, who teaches creative writing and film at Williams College.

Shepard was born in Bridgeport, Connecticut. He received a B.A. at Trinity College in 1978 and an MFA from Brown University in 1980. He currently teaches creative writing and film at Williams College. His wife, Karen Shepard, is also a novelist. They are on the editorial board of the literary magazine The Common, based at Amherst College.

Shepard's work has been published in McSweeney's, Granta, The Atlantic Monthly, Esquire, Harper's, The New Yorker, The Paris Review, Ploughshares, Triquarterly, and Playboy. His short story collection — Like You'd Understand, Anyway — won the Story Prize in 2007, and was nominated for a Nation…Read more on Wikipedia

Work of Jim Shepard in the library 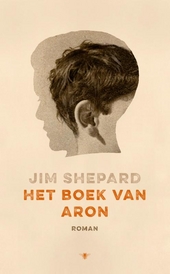 Lights out in the reptile house