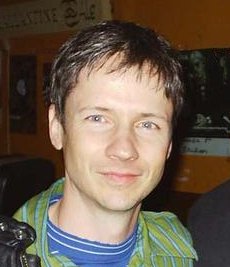 John Cameron Mitchell (born April 21, 1963) is an American actor, playwright, screenwriter, and director. Best known as the writer, director and star of the 2001 film Hedwig and the Angry Inch, he portrayed the role of Joe Exotic in the Peacock limited series Joe vs. Carole in 2022. In 2022, Mitchell came out as non-binary, but still chooses to be addressed by he/him pronouns.

Mitchell was born in El Paso, Texas and was raised on a variety of military bases in Kansas, New Mexico, Pennsylvania, and Germany. His father, John Henderson Mitchell, was a U.S. Army major general and the U.S. Commander of West Berlin from 1984 to 1988. His mother, Joan Cameron Mitchell, a native of Glasgow, Scotland, immigrated to the United States at a young age to become an art teacher. He had an older brother who died at birth and three younger brothers: Christopher Lloyd, Colin Mackenzie, and …Read more on Wikipedia

Work of John Cameron Mitchell in the library 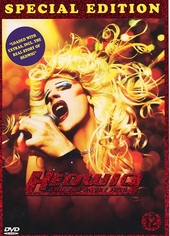