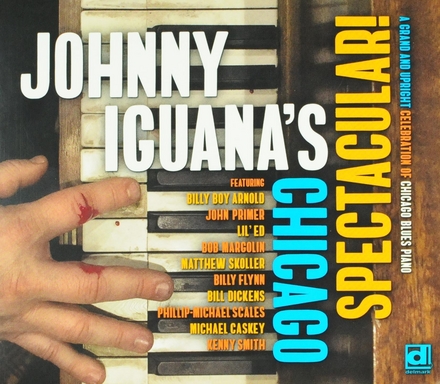 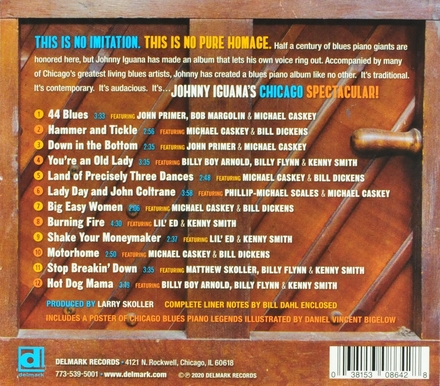 The shortage of a multitude of experienced Chicago blues pianists, has been partly responsible for Johnny Iguana's playing appearing on more than 25 blues albums, mainly for other musicians. His own debut, Chicago Spectacular!, was issued in August 2020.

He was born in New Jersey, United States. When he was eight years old, the family relocated to Philadelphia, Pennsylvania, where he spent the remainder of his childhood. He took piano lessons along with his mother with the same teacher, although as time progressed his mother's interest petered out. Berkowitz was a willing student until, by the age of …Read more on Wikipedia

Work of Johnny Iguana in the library