Kenji Mizoguchi (director), Ogai Mori (based on the work of), Fuji Yahiro (author of screenplay)

Based on the work of
Ogai Mori 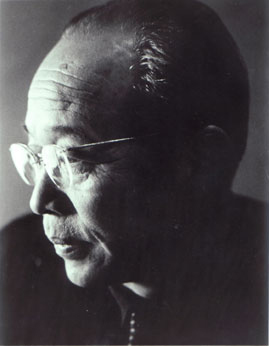 Mizoguchi's work is renowned for its long takes and mise-en-scène. According to writer Mark Le Fanu, "His films have an extraordinary force and purity. They shake and move the viewer by the power, refinement and compassion with which they confront human suffering."

His film Ugetsu (1953) brought him international attention and appeared in the Sight & Sound Critics' Top Ten Poll in 1962 and 1972. Other acclaimed films of his include The Story of the Last Chrysanthemums (1939), The Life of Oharu (1952), Sansho the Bailiff (1954), and The Crucified Lovers (1954). Today, Mizoguchi is one of the most acclaimed filmmakers in cinema history.

Work of Kenji Mizoguchi in the library