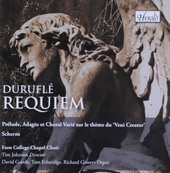 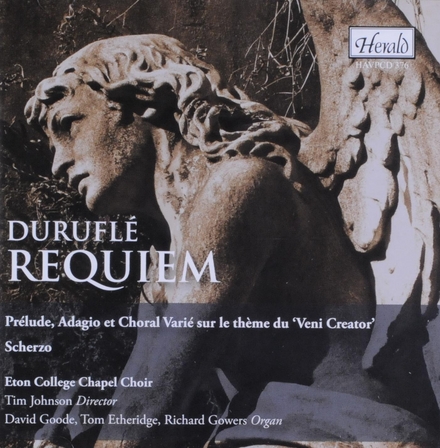 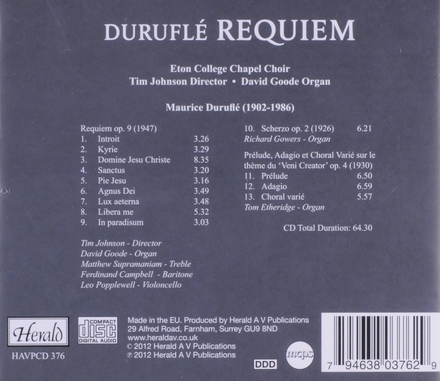 CC BY 2.5 - Image by Unknown photographer

Duruflé was born in Louviers, Eure in 1902. He became a chorister at the Rouen Cathedral Choir School from 1912 to 1918, where he studied piano and organ with Jules Haelling, a pupil of Alexandre Guilmant. The choral plainsong tradition at Rouen became a strong and lasting influence. At age 17, upon moving to Paris, he took private organ lessons with Charles Tournemire, whom he assisted at Basilique Ste-Clotilde, Paris until 1927. In 1920 Duruflé entered the Conservatoire de Paris, eventually graduating with first prizes in organ with Eugène Gigout (1922), harmony with Jean Gallon (1924), fugue with Georges Caussade (1924), piano accompaniment with César Abel Estyle (192…Read more on Wikipedia

Work of Maurice Duruflé in the library 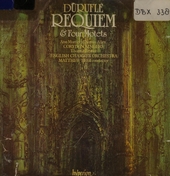 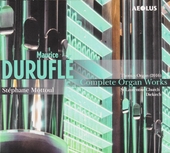 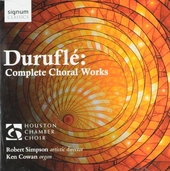 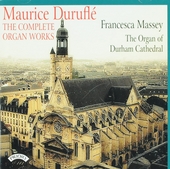 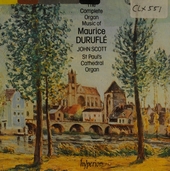 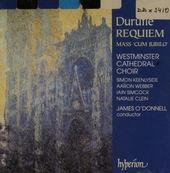 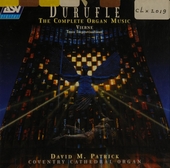 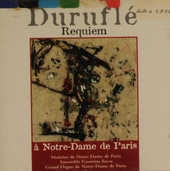 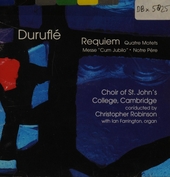 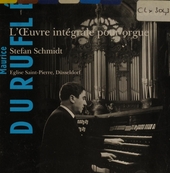 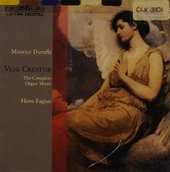 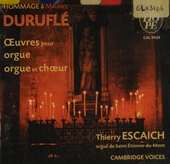 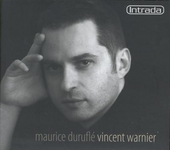 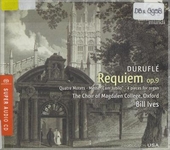 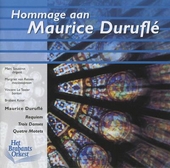 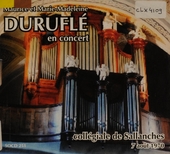 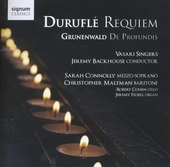