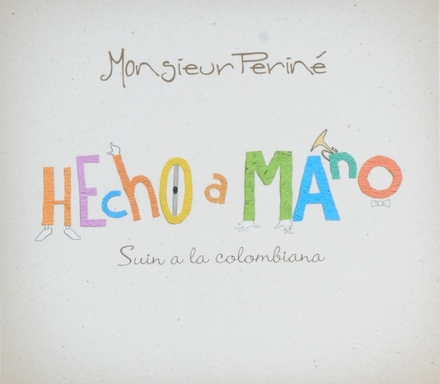 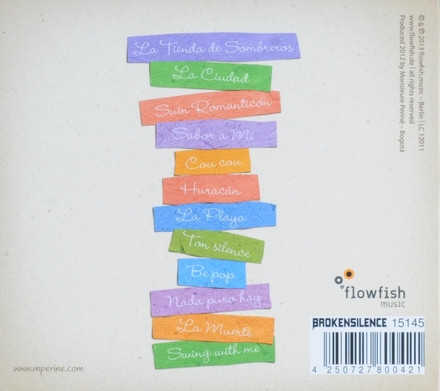 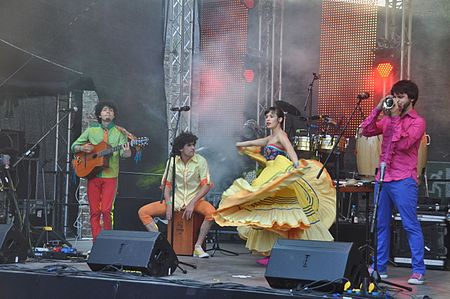 Monsieur Periné is a Bogotá-based musical ensemble from Colombia with an Afro-Colombian sound that mixes Latin and European flavors. Lead singer Catalina García sings in a mixture of Spanish, French, English, and Portuguese. Other members include Nicolás Junca on the guitar; Santiago Prieto, who plays the charango, violin, and guitar; Adinda Meertins on the double bass; Jairo Alfonso on the winds (primarily saxophone and clarinet); Abstin Caviedes on the trombone and bugle; Miguel Guerra on percussion; and Darwin Baez on the drums. Their style mixes elements of cumbia, tango, danzón, bolero and pop music, according to the San Diego Union Tribune. At the Latin Grammy Awards, the ensemble was named best new artist of 2015. Their debut album in 2012 won Colombia's national gold album award. The group was formed in 2008.

Catalina García, a native of Cali, Colombia, studied in the …Read more on Wikipedia

Work of Monsieur Periné in the library 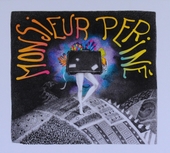