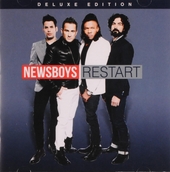 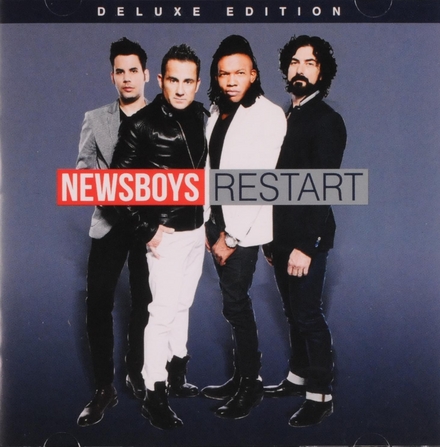 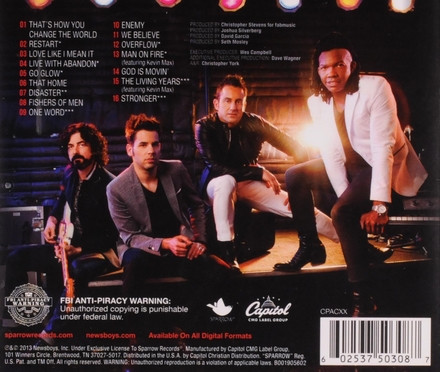 Newsboys (sometimes stylised as newsboys) are a Christian rock band founded in 1985 in Mooloolaba, Queensland, Australia, by Peter Furler and George Perdikis. The band has released 17 studio albums, 6 of which have been certified gold. As of 2019, the band consists of lead vocalist Michael Tait (formerly of DC Talk), drummer and percussionist Duncan Phillips, keyboardist and bassist Jeff Frankenstein, and guitarist Jody Davis. In addition to performing music, the band has appeared in the films God's Not Dead, God's Not Dead 2, and God's Not Dead: A Light in Darkness.

The band was formed in Mooloolaba, Queensland, Australia in 1985 by two young men: Peter Furler and his school mate George Perdikis. Furler and Perdikis practised in a garage on the Sunshine Coast, well known for being a "surfer's paradise". Two other teens were a…Read more on Wikipedia

Work of Newsboys in the library 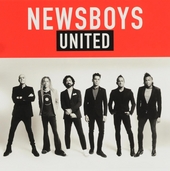 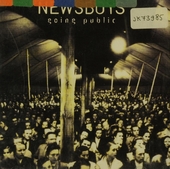 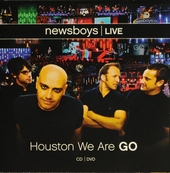 Houston we are go 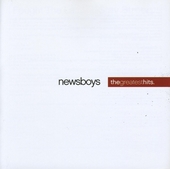 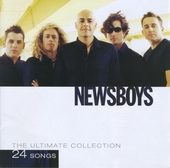 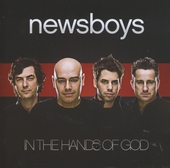 In the hands of God 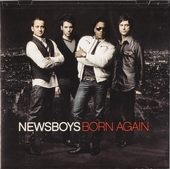 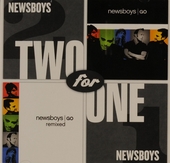 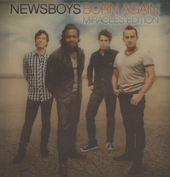 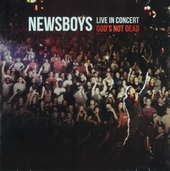 Live in concert : God's not dead 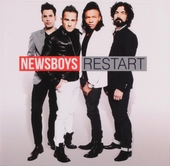 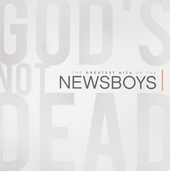 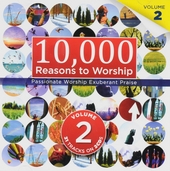 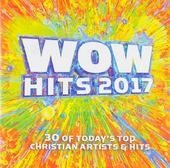 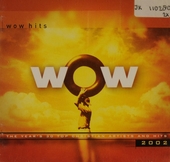 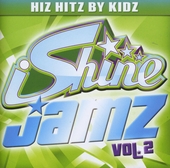 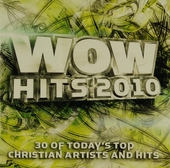 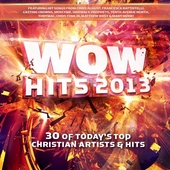 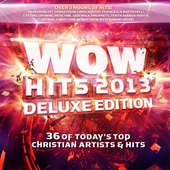