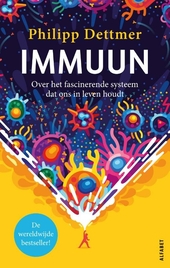 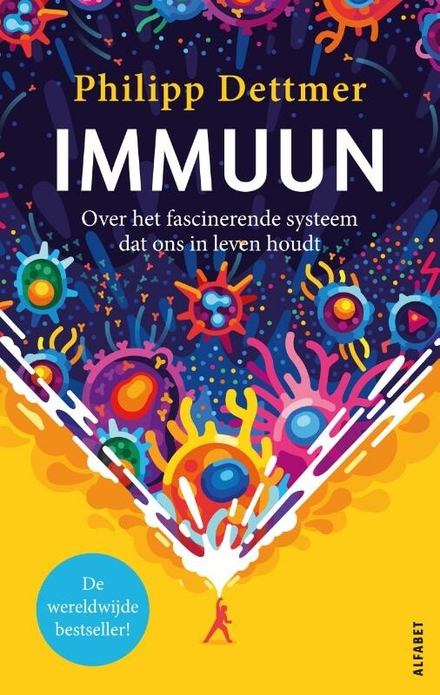 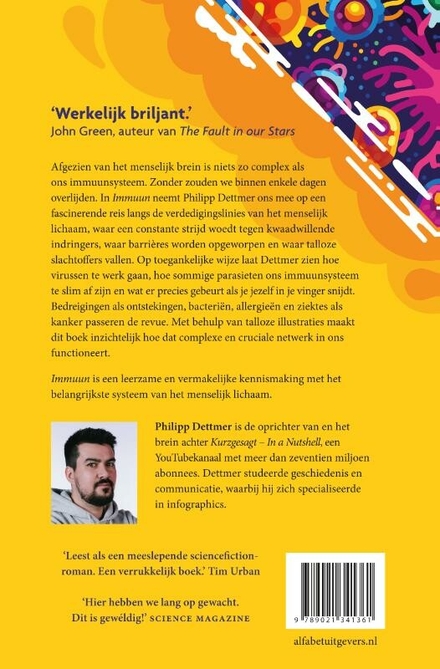 Original title
Immune : a journey into the mysterious system that keeps you alive

Kurzgesagt (; German for "In a nutshell" or "in a few words") is a German-made animation and design studio founded by Philipp Dettmer. The studio's YouTube channel focuses on minimalist animated educational content, using the flat and 3D design style. It discusses scientific, technological, political, philosophical, and psychological subjects. Narrated by Steve Taylor, videos on the channel are typically four to sixteen minutes, with many of them available in German through the channel Dinge Erklärt – Kurzgesagt, their Spanish channel En Pocas Palabras - Kurzgesagt, and some of their videos are also available in French, Hindi, Arabic, Brazilian Portuguese, Japanese and Korean.

With over 20 million subscribers and over 160 videos, the studio's original English language channel was ranked as the world's 198th most subscribed as of 8 November 2022.

The Kurzgesagt …Read more on Wikipedia

Work of Philipp Dettmer in the library