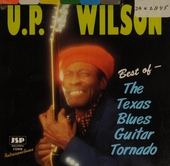 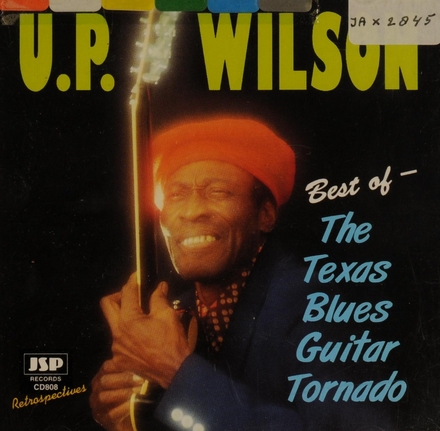 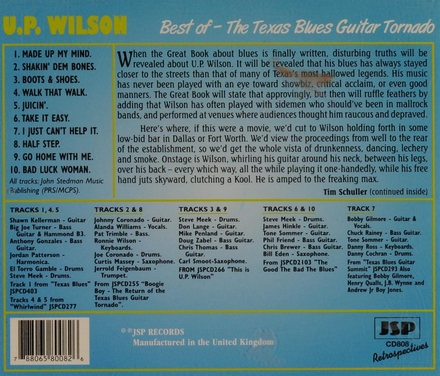 Huary Perry "U.P." Wilson (September 4, 1934 – September 22, 2004) was an American electric blues guitarist and singer who performed Texas blues. He recorded five albums for JSP Records, the first being Boogie Boy! The Texas Guitar Tornado Returns! He was known for playing a style of deep Southern soul blues that was gospel inflected.

Wilson was born on a farm in Caddo Parish, Shreveport, Louisiana, to Carrie Lee and Tommy Wilson, and was raised in West Dallas. He learned the blues from ZuZu Bollin, Cat Man Fleming, Frankie Lee Sims, Mercy Baby and Nappy "Chin" Evans. Wilson later relocated from Dallas to Fort Worth and formed a duo, the Boogie Chillun Boys, with the drummer and vocalist Robert Ealey. Later he worked with Cornell Dupree, until Dupree left to become a session musician. The Boogie Chillun Boys provided inspiration to another Texan singer and guitarist, Ray Sharpe.

Wilson was imprisoned in the…Read more on Wikipedia

Work of U.P. Wilson in the library 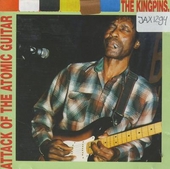 Attack of the atomic guitar 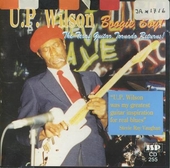 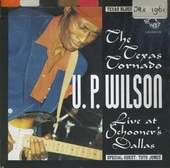 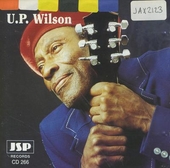 This is U.P. Wilson 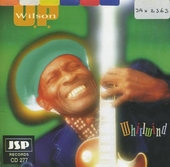 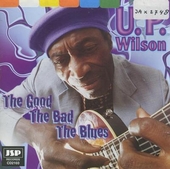 The good the bad the blues 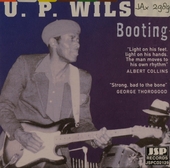 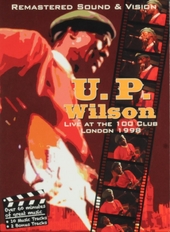 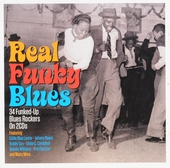 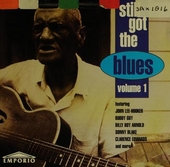 Still got the blues volume 1. vol.1 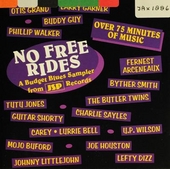 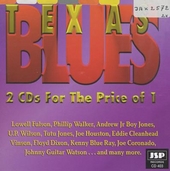 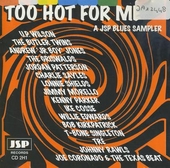 Too hot for me 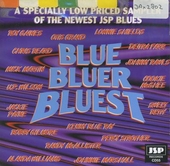 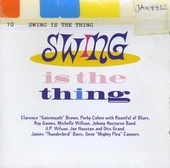 Swing Is The Thing 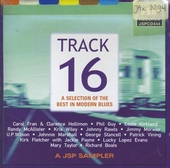 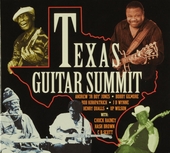