Hùng was born in Mỹ Tho, South Vietnam. Following the fall of Saigon at the end of the Vietnam War in 1975, he immigrated to France at age 12.

He majored in philosophy at a university in France. By chance, he saw Robert Bresson's film A Man Escaped and decided to study film instead. He went on to study photography at the Louis Lumier… 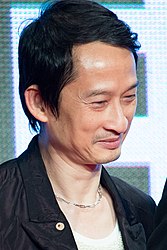